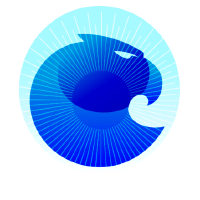 Aragon empowers people to coordinate and collaborate across boundaries.

SourceCred helps you measure and manage contributions to a project.

AraCred recognizes and rewards contributors with tokens that have financial and/or governance powers.

Every day we create value in the world. This value is subjective based on our preferences and values. We use a lot of mechanisms to express those preferences such as emojis, messages, and payments. Money, as a means of exchange, gives us a proxy for "value" that we can store and exchange. This is an improvement over bartering, but we are still lacking efficient markets for things that aren't things: ideas.

The value of an idea is priceless. Literally and figuratively. Outside of some very specific contexts, we don't have mechanisms to price ideas. This is odd because thinking (and thumbs) is what has enabled humans to become the dominant species on earth. We spend the first quarter of our lives focused on education to improve our thinking, but still don't have ways to recognize and reward amazing ideas that contributed to amazing things. We only have ways to reward actions that created assets that can be rewarded by a market of buyers and sellers.

AraCred changes this by creating a market for all the things. It does this by using SourceCred to page rank all the things. Page rank was originally used to score websites based not on how big they were, but based on how many other websites linked to them. If something was important, there's probably a good chance that people and things have referenced it. By applying this same process to graphs of contributions such as GitHub repos or community chats, we can get a similar sense for how much value a person or thing has provided to a project. As a result, value functions are no longer determined by those who have power and money. Instead, "value" is determined by the engagement of all the contributors to a project. This goes beyond markets of buyers and sellers to add in a third new thing: contributions. We've always had contributions, but SourceCred allows us to measure and manage them in ways that were unthinkable before. This moves us beyond the traditional game of finance (optimizing for a single reward function: money) and moves us into a meta-game of human coordination (where the player's preferences determine what is optimized for).

In short, the more people engage with your content, the more points you'll get. Different people like different things, so people's subjective preferences will determine the measure of that value rather than a fixed system. In this game, humans act as a subjective oracle expressing what is valuable. As they do they will shape the actions and beliefs of the other people as well. It's a self-learning system of humans by humans, mediated via software.

A value network that doesn't require a global sense of "value."

AraCred as a design pattern is credibly neutral, but any real-world instance of it is not. This is because the players of any real-world AraCred game will be expressing their value preferences as well as governing the of weights/parameters of that particular system. This will shape that AraCred instance to the values and preferences of that community. This is good because often the most valuable players aren't the ones who play the game, but the ones who redefine it (aka entrepreneurs). AraCred rewards and optimizes for this behavior.

All this being said, at the end of the day, humans always act on reward functions of either money, power, or fame. Even with AraCred, that still is the baseline motivations of all the players. The difference between AraCred and other systems is that the players simultaneously determine what is valuable while also creating and receiving value. This is in stark contrast to a market where price, as a proxy for value, is determined by buyers.

Overall, AraCred is a tool that aims to improve the contributor experience. It does not, however, intend to completely "fix" human coordination and collaboration. In fact, we don't even know if it will work at all! We're dogfooding it, however, and the results are encouraging. While nothing will ever be perfectly optimized, we feel like this is a step in the right direction. The journey to the ideal is more important than reaching the ideal. There is no end game. The only thing that matters is what we are doing today is better than what we are doing yesterday.